I’m not much of a stargazer. The last time I really remember looking up…and I mean looking up for a long time and not just a quick glance at the moon or something, it was during the 2003 Northeast blackout.
That first night the stars were about the only fun part of that kinda devastating situation.
But the heroine of Ally Blake’s Dating the Rebel Tycoon, Rosalind “Rosie” Harper is always looking up. And the hero, Cameron Kelly, is always sorta looking up to. They’re both dreamers, reaching for the skies and the plot throws these two together in a high school—err, private school—reunion romance. And I’m all about reunion romances, but this particular trope worked reallywell with this story and what the story had to say about itself and what the characters had to say as well.
I know none of that makes much sense. I’ll explain though.
I already mentioned in my first review of an Ally Blake romance that this author writes really poetic stuff…
She tends to grab onto a theme (in Dating the Rebel Tycoon that would be stars, Fate, the universe and the infiniteness and connectedness of life) and runs with it.
Ms. Blake is an expert at weaving these thematic concepts into the narrative and the dialogue, oh the dialogue is phenomenal. As a writer my heart was all “pitter-patter” for some of the playful banter between Rosie and Cameron. Even if I sometimes had to re-read several lines—which was a problem I had mentioned in that other review of another work of hers—the writer in me smiled every time I read an amazing line (and trust me!, there’s a lot. I just was an idiot and didn’t take the time to make page notations along the way…)
I loved the characterization as well. As the title hints, the hero and heroine go on a lot of dates. At first it sounded very episodic to me, but it was pretty clever of Blake. I’m more of a sexier Harlequin Presents reader and those stories are over-the-top. With sweeter romances from Harlequin’s Romance line, I noticed that despite the wealth some of the heroes have, the actual romances are more typically down-to-earth.
I mean Cameron is a romantic—really! But don’t we read stories of really cute and inventive ways couples/lovers have done for each other? 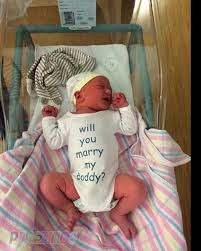 And so they both embark on their little reunion-turned-relationship knowing to break it off after three dates…of course things don’t work out the way they’re supposed to which leads to the HEA at the end.
I liked Rosie. She wasn’t so gawky as she was more “boho” if you catch my drift, and very unlike the crisp, clean crowd that Cameron and his family and friends are all about. So there’s the opposite-attracts trope there, although it isn’t played up all that much. I especially enjoyed that Rosie’s insecurity didn’t overwhelm her character and that any actual lack of confidence played back to her problems with commitment.

It was a nice change from the usual stuff we get about one half of the couple feeling insecure in their skin because they’re surrounded by wealth. That stuff happens—it happened to me recently at a job interview—but it was still very pleasant to go without.
And since we’re talking insecurities and opposites—big bonus! The rich people in this book, namely Cameron’s fam, are not arseholes. I repeat NOT arseholes. I’m sick and tired of the snooty drama that goes on between the mega-wealthy and the non-megawealthy.
I also loved that Rosie had a weird job. She’s Australia’s preeminent Venus specialist. Do such people exist?
It only makes poor Cameron’s job as an architect (skyscraper aficionado) super boring… (I’m only partially kidding, my sister happens to be in the field). All joking aside I enjoyed Cameron as well. He’s got a quiet confidence and a charm that definitely sizzled during the most sensually/sexually frustrating scenes. It was all long foreplay whenever he got with Rosie…
There was one part that bothered me close rot the end of the novel. A scene that was super convenient and made me roll my eyes, the coincidence too much and totally uncalled for personally… The scene occurs at Cameron’s father’s birthday bash/ball (because we’re dealing with the rich side of Brisbane now) and Cameron asks Rosie to dance and as they’re dancing Rosie remembers that she once danced with Cameron back in high school and then she thinks:
…Rosie found herself deep in the middle of a memory she’d long since forgotten.
She was at the only school dance she’d ever attended. She’d been invted by a boy in her science class—Jeremy somebody. He’d been two inches shorter than her, and had always worn his trousers too tight, but in those days even to be asked…
Halfway through the night, dancing alone within the pulsating crowd, she’d turned to find herself looking into a pair of stunning blue eyes brimming with effortless self-belief. Cameron Kelly. A senior. She’d looked and she’d ached, if not to be with him then to be like him—content, fortunate, valued. He hadn’t looked away.
And like that they’d danced wih once another…
Okay. Not bad so far, then suddenly Cameron remembers too. The F—
Cameron pulled her closer and drew her back to the present, just in time to hear him say, ‘If only you’d let me dance with you this close all those years ago then who knows what might have happened?’
This was the guy who didn’t know much of who Rosie was and who had NO CLUE that she had like the BIGGEST FRICKIN’ crush on him enough to get a B+ in one of her advanced high school classes instead of an A when she couldn’t concentrate on the teacher because she was busy drooling over Cameron in class.
Yeah. A little unbelievable…
Other than that small bit of a buzzkill, I love this book. And I do think you should read it.
And if you need more proof of the awesome-ness of this book, look at this cool wordcloud a fan created for Dating the Rebel Tycoon.