Skip to content
BOOK REVIEW:
Proof of Heaven
A Neurosurgeon’s Journey into the Afterlife

So I started off my 2015 reading challenge with a near-death autobiography. That first autobiography from the father-son duo, Kevin and Alex Malarkey focused on more of a Christian-themed afterlife and experience with the afterlife.
The Malarkeys did not separate religion from the experience young Alex Malarkey had—even if the media had dropped that aspect and understandably so. It’s hard enough to tell people of a near-death experience (NDE), but it’s even harder to get that message across to the “masses” as you will if that message happens to be loaded with Christianity. The exclusivity of that faith’s experience would leave readers of other faiths out of not only experiencing the book, but the whole purpose of spreading the message can turn on itself.
Dr. Eben Alexander’s Proof of Heaven is, well first also an autobiography, but it also separates itself—or at least the publisher has marketed it from this angle by focusing on Dr. Alexander’s credentials as an academic neurosurgeon (so the subtitle reads: A Neurosurgeon’s Journey into the Afterlife).
Of course this leads to an unsurprisingly construction of the nonfiction text: the theme of science weaved in with religion, for it seems hard to extricate NDE from religion/faith/whathaveyouwill.
And just like Alex Malarkey, Dr. Alexander ends up in a life-or-death situation that takes him through a retrospective description of what he saw in the afterlife. Mind you, he doesn’t actually call it Heaven…or Hell…or even Purgatory.
He also doesn’t refer to God—a Christian God—until in the later text chapters after he’s chronologically plotted out the incident that lead to his seven-day coma and after he’s been discharged from the hospital to spend Thanksgiving ‘08 with his family.
God, for Dr. Alexander, is called Om. Just off the top of my head I think of the first part of the prayer mantra, Om Mani Padme Hum.
Courtesy of Wikipedia, the first syllable Om represents the samsaric realm of the Devas (deity-like entities that a soul can reborn as) which also represents the virtue of wisdom and their association with a mythical mountain home; these devas also purify/negate the sin of pride/ego and instead represent generosity. 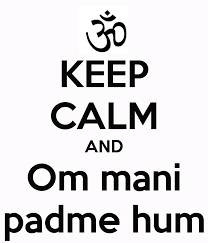 My two-cents aside, I have to admit that Dr. Alexander promoted this story better by perhaps not really discussing religion until the end of the book where he returns to the more lucid parts of his memory (after rising from his coma). At this point he refers to his Christian upbringing and talks about taking the communion and all of that…
It’s really hard to review these sorta books dealing with non-fictional experiences of death because I can’t exactly debunk them, and I can’t really find fault with anything the author (or authors, in the case of the Malarkeys) have written.
I can definitely see where publishers try to differentiate their NDE title from another rival publisher’s title by looking at the NDE from different aspects. For instance I’m already making plans to hunt down a non-Christian NDE title.
What I liked about Proof of Heaven:
Short chapters! I’m a sucker for shorter chapters because it allows me to read up to the end of a chapter before calling it a day.
I did like how Dr. Alexander paced his autobiography. He interspersed his descriptions of the afterlife with what his family had told him they were experiencing in his hospital room and various medical expertise on the spinal fluid-infiltrating E.coli bacteria eating away at the “human parts” of his brain (mostly the space of conscious activity in your brain, or the frontal cortex dealing with executive functions and the like).
What I didn’t like:
Certain parts were hokey for me and the author lost my attention. For example, one of Dr. Alexander’s friends is a psychic and tbh all the scenes she was in seemed crazy over-the-top. I don’t do psychics, and yeah, I know I’m reading a NDE text, I just don’t do psychics.

Also on the flip side, I couldn’t appreciate the science lingo to the fullest because it was, well, dull. I had to quell the urge to skim through a lot of the parts where medical terminology of the author’s brain disease and scientific theories of NDE were being tossed out.
Though initially called Om, Om is later equated with Christian God and that’s cool…
I just couldn’t relate.
That being said I liked the description of Om as Dr. Alexander wrote the in-between chapters of his coma. In those earlier chapters Om is described as “’human’ as well—even more human than you and I are. Om understands and sympathizes with our human situation more profoundly and personally than we can even imagine because Om knows what we have forgotten, and understands the terrible burden it is to live with amnesia of the Divine for even a moment” (86).
I also tended to roll my eyes at all the “signs” of a miracle. And I’m not fully embracing this “I’ve-had-a-NDE-let’s-spread-the-word-via-publication” theme through Dr. Alexander’s Proof of Heaven and the Malarkey’s account of their type of otherworldly experiences.
Call them what you will, but my prejudices have spoken.
My verdict:
✮✮✮.5