For my ‘O’ movie I watched Once Upon a Mattress. One of my more favourite fairy tales is ‘The Princess & the Pea’. For those of you who don’t know what that fairy tale is about, look it up. It’s pretty ridiculous. But then again most fairy tales are…
I just always thought that the whole 20 mattresses thing was silly. Really, imagine that’s how princesses were culled out from the peons. (Can you imagine if that’s what Kate Middleton had to do before she could be accepted to marry William?) 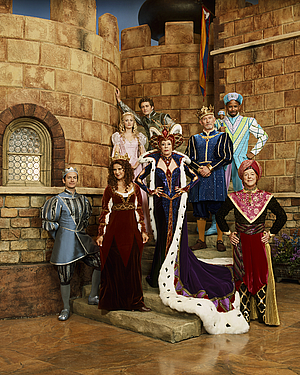 So this movie is a musical that is a re-make of another older musical. I loved the songs, and the expansion on the original tale which is shorter.
Funny thing is I’m not delicate at all: my proof is that one night I slept on an eraser AND a pencil only to realize when I was making my bed the next morning. So… I don’t have the natural making to be a princess. xD 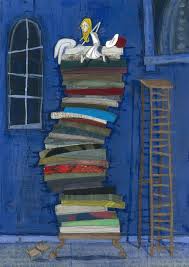 And then you have poor Winnifred/Fred who has to sleep on a tower of super softness and “sense” the pea at the bottom. -sigh-
I thought Dauntless was adorkable!
Winnifred/Fred wasn’t an annoying version of the “strong heroine” trope.
Queen Aggravain wasn’t a super evil woman; a little more of a nuisance than the fairy tale version of herself, and Carol Burnett is reprising her role since the original version (where she actually played Winnifred).
He quickly grew on me. I also love Denis O’Hare (I recognized him from True Blood). I liked the side story/subplot between the secondary couple, Lady Larken and Sir Harry.
Light-hearted fun movie. Then again it’s sorta hard to get a musical wrong. I don’t watch much in the genre, but I do like what little I have watched. And this film I do recommend.